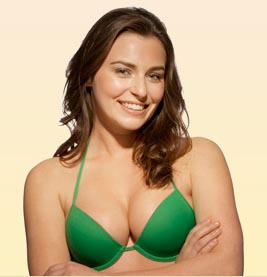 Other cosmetic surgery hot spots were Bristol, Southampton, Cardiff and Manchester. Top procedures for each cosmetic surgery postcode were also identified with Breast Augmentation popular in Bristol as well as Newcastle, while London claimed the title of Botox Capital of The UK.

Liz Dale, Director at The Harley Medical Group said: “We started the data crunch in order to identify the best locations to open our next five clinics and the data team started to see very strong cosmetic surgery postcode trends appear – with patients happily travelling up to three hours to their nearest clinic. Postcodes can now been seen as a clear indicator as to how likely someone is to have cosmetic surgery, and even where there is an increased likelihood towards certain procedures.”

The results also revealed the further North a patient lives, the bigger the cup size, as patients in Newcastle, Manchester and Leeds, as well as Cardiff and Bristol on average 47% more likely to have a Breast Augmentation than any other region. London is officially The Botox Capital, with Londoners 71% more likely to opt for the wrinkle removing jab and the City clinic using 200% more vials of the Botox toxin than any other clinic. In the south coast town of Brighton, non surgical Laser Hair Removal is the order of the day especially amongst the clinic’s male patients, who account for 43% of the treatments. 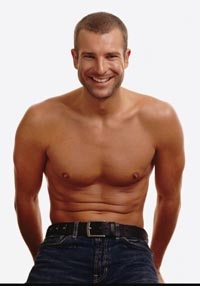 In Birmingham and Bristol more tonnes of fat are removed by Liposuction than the rest of the country. Brummies are also 60% more likely to opt for the eyebag removal op – Bletharoplasty. The Irish are losing inches thanks to tummy tucks and breast reduction surgeries with residents in Belfast being 35% and 72% respectively more likely to have these ops than any other region. Those living in Nottingham are 52% more likely to go under the knife for the perfect nose.

Chester residents, home to many WAGs, are most likely to opt for top to toe packages. They’re 38% more likely to have a Face Lift. They also buy two thirds more packages of non surgical treatments including the Y-lift – a combination of Botox and Fillers – an alternative to a Face Lift.

Breast Augmentation is the most popular op, patients, aren’t necessarily increasing cup size dramatically – a C cup is the norm.”